SportsGraphing is excited to announce our private signing with Kent Nilsson. Items/orders must be received no later than 2/12/22.

Kent Nilsson is a Swedish former professional ice hockey center. He played in the World Hockey Association (WHA) for the Winnipeg Jets, and in the National Hockey League (NHL) for the Atlanta and Calgary Flames, Minnesota North Stars and Edmonton Oilers. During his NHL career he was called "Mr. Magic" and "The Magic Man", referring to his exceptional puck skills. Wayne Gretzky commented on Nilsson's skills saying "Skills-wise he might have been the most skilled hockey player I ever saw in my entire career". Nilsson won his first and only Stanley Cup while playing with the Edmonton Oilers in 1987.

Kent is moving to Sweden in March so this will be your last chance to get anything signed unless you hop on a flight to Europe.

NOTES: All cards/photos will be signed in Blue Sharpie, baseballs in Blue pen unless instructed otherwise.

IDIOT PROOF YOUR SEND IN ITEMS (Thanks Scott Smith the “S.I. King”)

1) Include something with your item(s) that has your NAME, PHONE #, EMAIL ADDRESS, and ADDRESS in case things are unclear as to how you want things signed.

2) Put a small Post-It on the item with your name and where you want the item signed and the color of marker or pen.

3) When requesting an inscription, WRITE IT OUT CLEARLY so it gets done properly.

Cash, check or money order to be sent in with your items made payable to SportsGraphing.

Return S&H for YOUR ITEMS must be included with your items. SASE rules below.

SASE RULES - We will accept a SASE but it MUST have return tracking clearly on your SASE.

Insurance by request. Add $3.50 per $100 value for all insurance. We are is not responsible for lost or damaged items.

Kent signed everything yesterday at his home in Florida. We will ship everything back out once Fed Ex delivers the package back to Maryland. 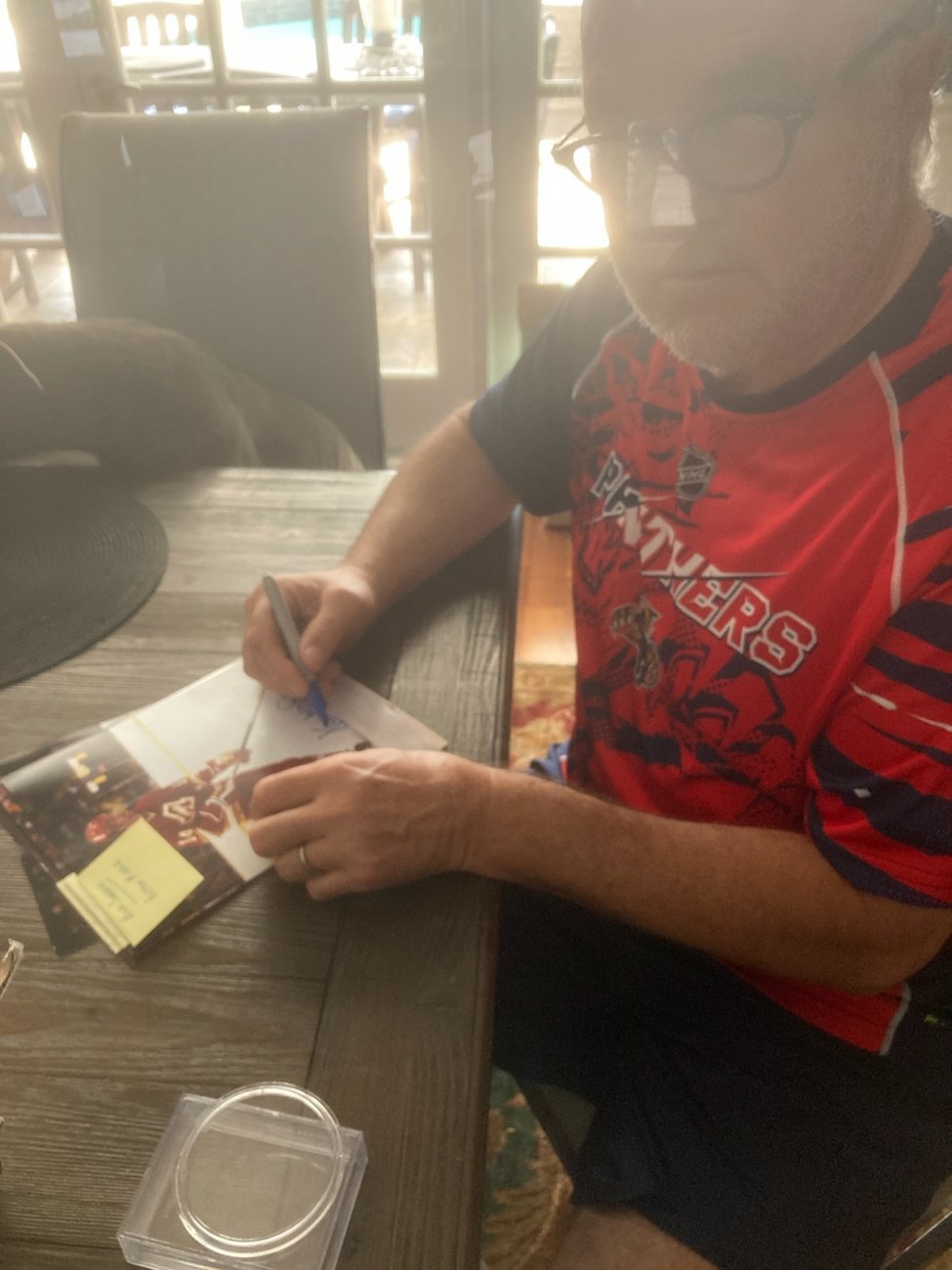 All items shipped out yesterday. We have some Calgary Flames pucks inscribed Magic Man and Edmonton Oilers Stanley Cup ones inscribed Stanley Cup Champions available for $49.99 delivered.
You must log in or register to reply here.